Barry remembers going to primary school in Hawkes Bay in the 1940’s. There he first made models in plywood followed by a desk in secondary school thus beginning a lifetime interest in wood working. In due course he became a chartered accountant, and remained so for 54 years.

He says that wood working has always been part of his life including making toys for his kids. Then on his 40th birthday his wife gave him a lathe and he acquired his own tools. Wynn Wallace, a member of the Hamilton Woodturners Club, used old files made into scrapers for bowl interiors, not uncommon practice in those early days.

Barry joined the HWC in 1990 when it was based in the Melville High School woodwork room and learnt the basics of the craft from other members. Just before he retired the Guild had a stand at the show featuring early technatool lathes. After the show Jan encouraged him to buy a lathe – a TL1000 – the model many other apprentice turners have started with.

Turning now became a serious part of Barry’s life and in the year 2000 he joined Fred’s class at WINTEC. The Monday class met from 9.00 am until 4.00 pm and provided the ideal environment for developing skills under the guidance of an expert tutor. He now has a NOVA lathe and produces work that is both challenging and exquisitely detailed. He makes presents for people especially platters and enjoys producing a nice bowl from a piece of firewood! He finds that ideas seem to come to him at night and then once on the lathe the shape evolves from what is in his mind.

One of the highlights of the early years was the decision by the Guild to hire the rooms of the Arts Post to display quality work from members. The management choose what to exhibit and paid a commission on work sold to the public. This was repeated over three years. 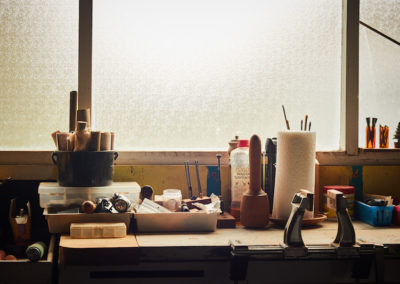 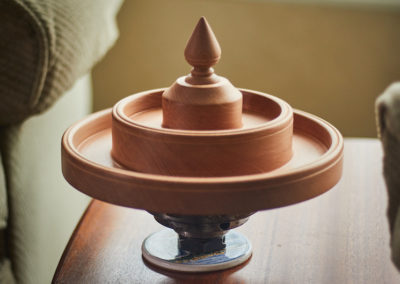 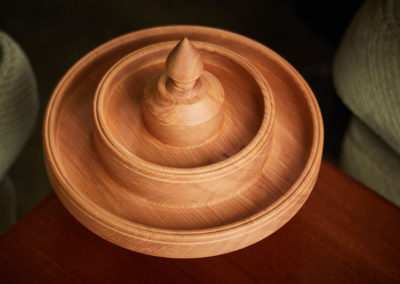 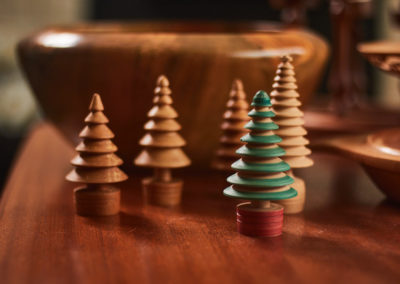 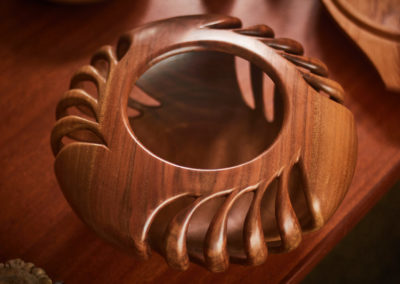 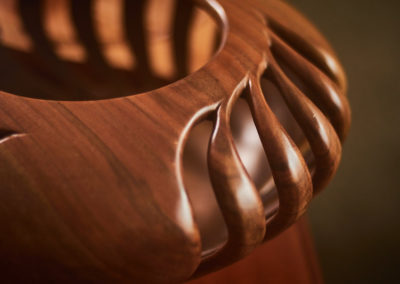 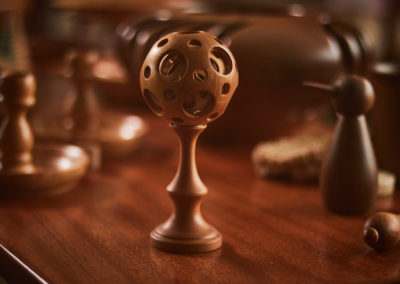 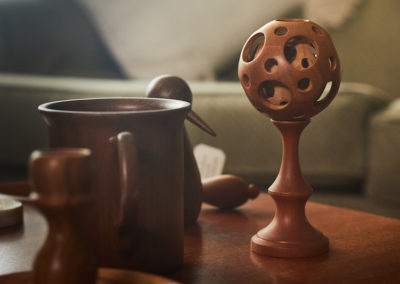 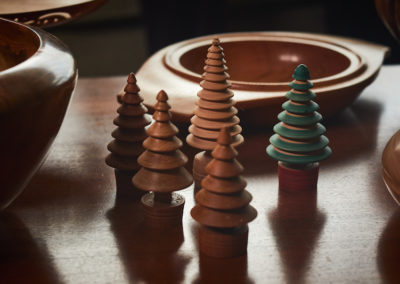 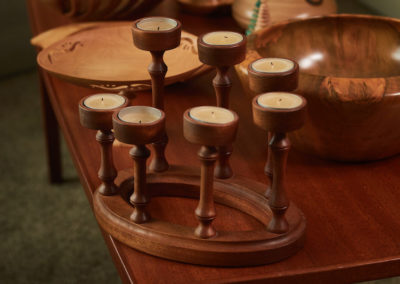